Dan Spelt is a young man with cerebral palsy living life to the fullest despite physical and financial challenges. Married, educated, with a good career, and hoping to start a family one day, Dan lives a life that many people dream of. But a restrictive social assistance program limits his ability to be financially independent and pursue his goals.

Dan’s accomplishments include nearing the completion of a two-year Computer Systems Technology program at Camosun College, even though his severe cerebral palsy required him to type with his lips for six years. The Cerebral Palsy Association of British Columbia (CPABC) supported Dan’s dream to attend school at Camosun College through a $1,000 Tanabe Bursary in the winter of 2009.

Dan is now working full-time as a computer programmer at CANASSIST, a Victoria-based software company which makes adaptive software and equipment for people with disabilities. In August 2016 he married Zuri, a young woman from Mexico, after an eighteen-month online relationship.

Dan’s CP means that he needs help with moving, eating, and using the toilet. He receives assistance through the BC government’s People with Disability Program (PWD). The program allows participants to earn up to $800 per month or a cumulative total of $9,600 per year through the Ministry of Income Assistance & Social Assistance. Therefore, out of his regular work schedule of five days a week eight-hour shifts, he is only able to retain his earnings for two hours per day, or 10 hours per week. 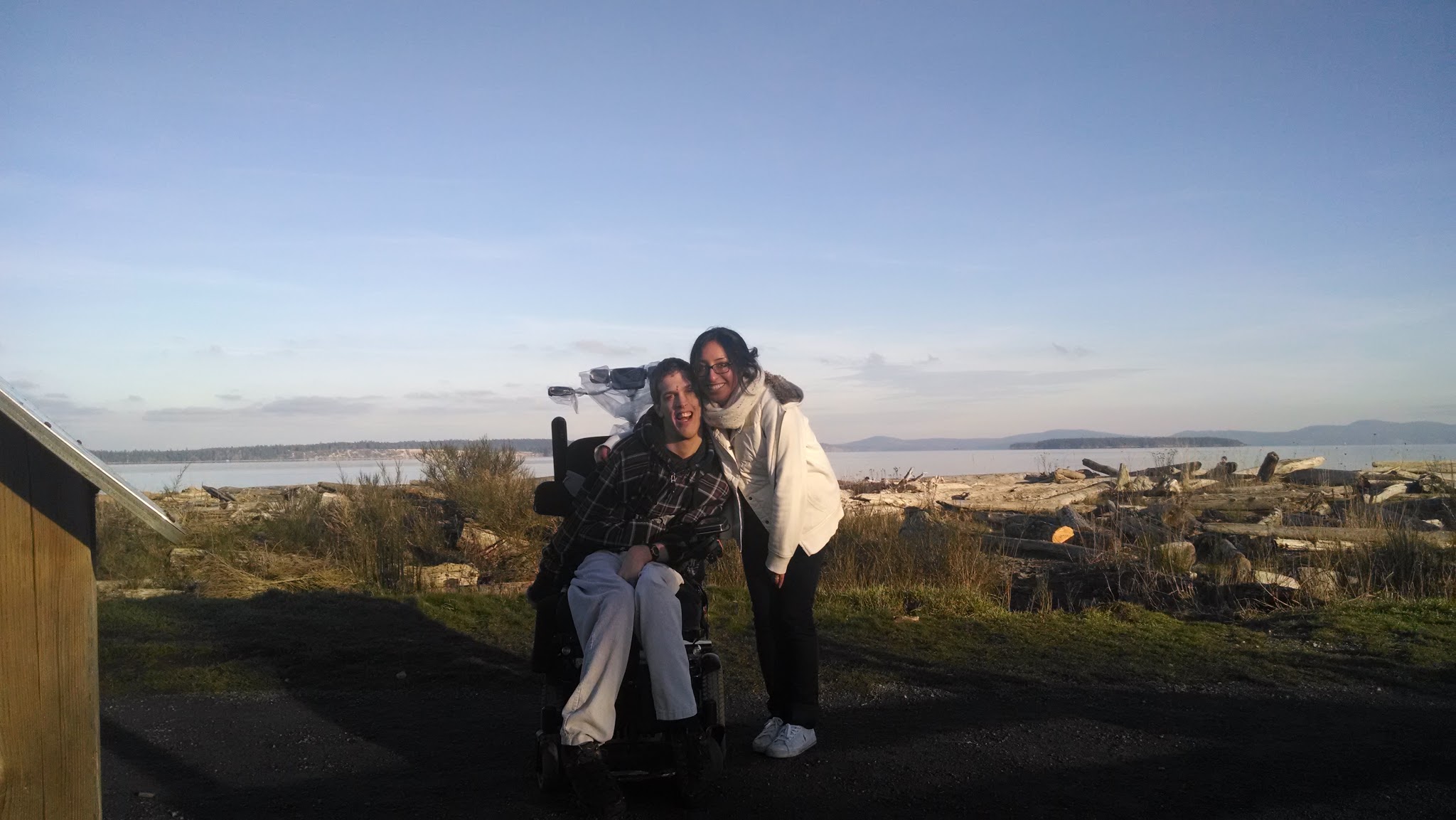 Dan feels punished that he only gets paid for two hours of work per day despite working full-time. He describes the policy as a “clawback”, and firmly believes that those who live with a disability and make money should not have their disability benefits clawed back. With his earnings exempt of $800 and his disability benefits, he is only able to earn about $1,700 per month. He would earn almost double that on a regular full-time salary. Dan relies on the provincial government’s disability allowance since it also provides support for medical equipment and devices, including costly mobility aids such as a wheelchair.

In a letter to the Minister of Social Development and Social Innovation, Dan’s parents Ron and Janice Spelt wrote: “Can people flourish on $1,700 per month? Imagine, they could keep more of their earnings! And it wouldn’t cost the government anything! It could only make life better for many people. What is a living income? Please let them earn that before you pull back income assistance.”

Dan has a work colleague with a similar financial dilemma: because he is receiving disability assistance in addition to his Canadian Pension Plan, his job earnings are even more strictly limited. There are other financial loopholes resulting in claw-backs for people with disabilities,such as the one described in a July 2016 story in the Vancouver Sun. The BC government clawed back almost $20,000 in death benefits from a man with cerebral palsy receiving disability assistance. The Vancouver Sun also published an opinion piece in May 2016, about a woman who is deaf and has cerebral palsy and lives on $546 a month. The article notes that disability assistance is 15% of the average monthly wage in Canada and half the average monthly income in Botswana – even though Vancouver is one of the most expensive cities in the world.

In spite of the challenges they face, the couple strives to live a Life Without Limits through spending time together and having fun at the movies, playing Pokemon Go, swimming, and paddle-boarding – an accessible sport for Dan. “I tried it once and I can’t wait to do it again,” Dan says. “I can see straight down into the water and being on the water is cool.” Dan and Zuri share a desire to travel and explore places such as Holland and Mexico, but the financial clawback restricts what they are able to do within their budget.

While the process can be challenging at times, Dan does his best to forge a future for himself and wife by getting by on $1,700 a month and has lived in his own place with live-in-care for over three years. Zuri has a work permit and SIN number and wants to work part-time as Dan often needs her help. In the future, they would love to have a place of their own where they can have a dog and just live their life. Dan and Zuri have also started to save money in hopes of having a family in the future.

The main message that Dan wants to get across is this:

“I want to let people who are disabled know that they can do anything and that they can work without being punished due to the clawback.”

Dan is working and contributing to a Life Without Limits for others with disabilities by connecting them with adaptive software and equipment, in part thanks to funding from the Cerebral Palsy Association of BC. More than 10 bursaries are awarded each year through the CPABC’s Tanabe Bursary program.

Previous Post: « Yoga program provides both exercise and socialization
Next Post: Volunteering with a purpose: Marissa Weismiller is our November volunteer of the month »