Disclaimer: The opinions and statements included in this article are for informational purposes only, and all direct quotations are attributed to the speaker only. The Cerebral Palsy Association of BC makes no representations as to accuracy, completeness, suitability, or validity of any information expressed herein and will not be liable for any errors or omissions. All information is provided on an as-is basis. 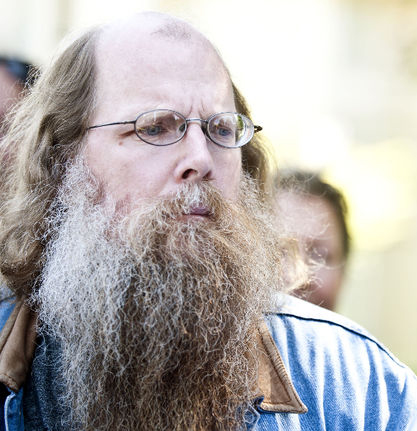 Bill McArthur was a recent guest speaker at our Youth Without Limits Support Group where he talked about his experience growing up in Woodlands. With heavy emotion, he described the abuse he and others endured in the oppressive institution. Many of these details are documented in his 2006 interview with the Georgia Straight. Bill says he was sexually assaulted by staff, and what he feared most was being forcibly submerged in tubs filled with ice water until he nearly drowned. “This was the way they controlled your behaviour,” he explained. “Lots of kids had all their teeth pulled so they couldn’t bite staff.” During his presentation to Youth Without Limits, he stated,

When the province wraps its arms around you, they also talk about the fiduciary duty to take care of you, and they failed miserably.”

Woodlands survivors have been fighting for justice for over a decade. In the spring of 2000, the BC government asked former BC ombudsperson Dulcie McCallum to investigate. In a 2007 article she says, “Not once did I find an actual critical incidence file in that resident’s file. But I did find consistently that when it had been reported as a personnel matter, the harm done to a resident had been documented. So, if a resident’s leg had been broken or they’d been burnt in a hot bath, that would all be documented in the nursing notes and how it was treated as an injury. The only link was to the personnel file.” No Woodlands staff member has ever been charged with abuse or assault. McCallum urged the government to apologize and compensate victims— rather than re-victimize them through an extended judicial process. Without success, she urged a second-stage investigation of the systemic abuse.

The victims of Woodlands hired lawyer Bill Pointer who worked towards a settlement deal that would provide compensation. A point system was used to determine how much each individual would get depending on the type of abuse they suffered. This point system is flawed for two reasons: according to the point system, a victim who suffered non-consensual sex would receive more money than a person who was forced to give oral sex; and secondly, in order to receive compensation, people needed to provide evidence through documentation or a witness. Based on law created from a previous settlement that had no relevance to this case, victims who suffered abuse before 1974 were not eligible to receive any compensation. Despite the obvious flaws, Jim Pointer stated that it was “the best deal he could get,” which ultimately led to him getting fired by the plaintiffs.

After Bill’s testimony at Youth Without Limits, many of the group participants expressed mixed feelings about what had taken place in such recent history. Despite being glad that Woodlands is no longer operating, many participants were shocked to learn that the government had not rectified the situation. They highlighted the importance of making sure this story is not forgotten, to avoid something similar from happening again. By sharing his story, Bill hopes to “speak for those who cannot”, and use the experience of his suffering to help others with their own.

For more information about these topics, visit these articles:
http://www.heretohelp.bc.ca/visions/trauma-and-victimization-vol3/when-the-place-supposed-to-help-kids-hurts-them#share-this
http://www.straight.com/article/woodlands-justice-in-doubt

Learn more about Youth Without Limits

Previous Post: « Dance Without Limits gets a warm review from La Source
Next Post: Making a difference: Diane Wickenheiser is a CPABC Advisory Committee Member »