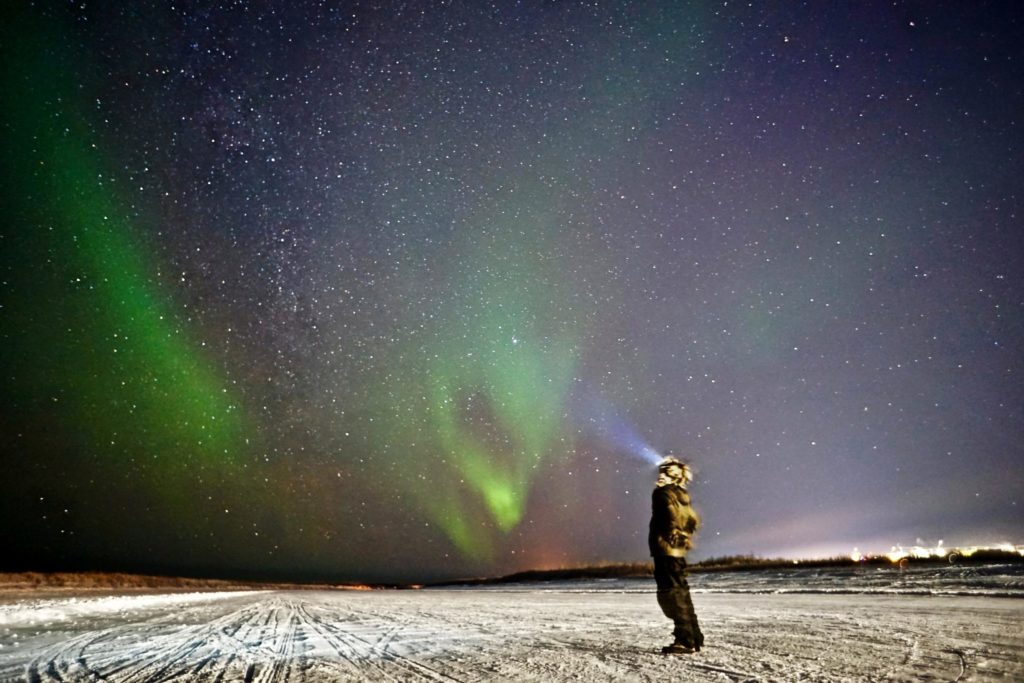 An intrepid adventurer will showcase photos and a short film from a recent expedition to Canada’s Arctic coast in a special fundraising event for the Cerebral Palsy Association of BC on March 11.

After travelling the Inuvik-to-Tuktoyaktuk Highway for two weeks in January, Jason Cole will display his spectacular photos and a short time-lapse video called “Ten Minutes to Tuk”. Partial proceeds from the event will be contributed to the CPABC’s “Jason & Rand Fund”. The new road opened on November 15, 2017 and connects the two remote northern communities to the Artic Ocean and the rest of Canada.

With a background in tourism photography and natural disaster photography, Jason tested himself by traversing the seldom-travelled road in his campervan during the most extreme weather conditions and with temperatures dropping to -50. His photos capture the remarkable terrain, epic views and breathtaking northern lights of this unique territory in BC’s furthest north.

The first night I rolled in there, was the first time I saw the northern lights. They were absolutely everywhere! The entire sky opened up to a display of stars and colours like I have never seen before. I stood in the field staring straight up and it felt like I was in some form of a snow globe with the lights stretched from every compass point on the horizon to directly above me.

Jason has been a major supporter of the CPABC through his participation in the annual Scotiabank Charity Challenge. In 2017, he and his friend Rand Surbey smashed the Guinness World Record for “fastest half marathon pushing a wheelchair” by a full 20 minutes. Although they were denied the official record due to a technical policy, the pair raised over $7,000 for the CPABC’s equipment fund.

Re-named in honour of the dynamic duo, the Jason & Rand Fund provides financial subsidies for devices, equipment and therapy that create a Life Without Limits for children, youth, adults and seniors living with cerebral palsy in British Columbia. Sales of Jason’s Arctic photos will go in part to benefit the fund.

Jason says, “The great work you do and people you help do not stop needing that help just because whatever fundraising event is over. There are many people and groups that need and deserve the attention and assistance from society and if everyone chooses to help even a little to any of them the world would be just a bit better for all.”

The event is on Sunday March 11th at Soho Bar & Billiards in Vancouver’s Yaletown from 5 to 8 p.m. with partial proceeds being donated to the Cerebral Palsy Association of BC.

Previous Post: « Message from the President: Join us at the Life Without Limits Gala and help change the life path of a young person living with Cerebral Palsy
Next Post: How the Tanabe Bursary helps students with CP »