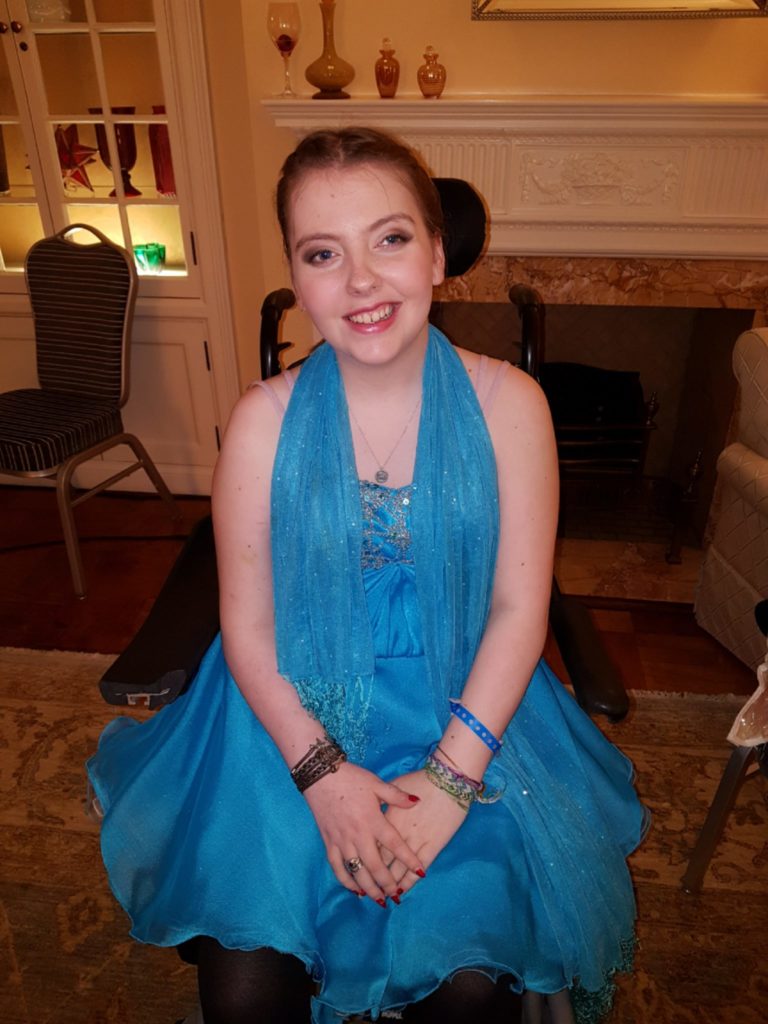 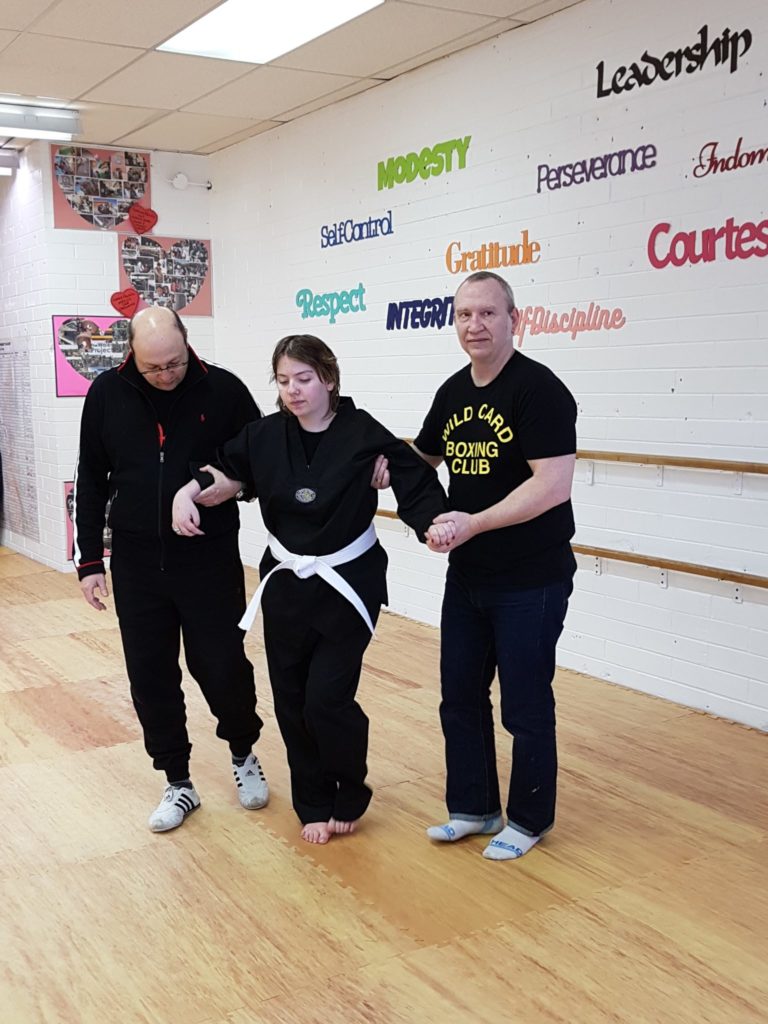 Ever since she was a young girl, Lily Hall was interested in learning martial arts. But it wasn’t until earlier this year that the 16 year-old followed her dream and began taking lessons. After seeing a social media post about the Cerebral Palsy Association of BC’s ’s Self Defense Without Limits program, Lily’s mother Hollie decided to reach out to the association. Lily was approved for private lessons funded by the CPABC, and her martial arts dream became reality.

The CPABC’s funding was a springboard for Lily. Her family had never considered martial arts as a form of therapy for Lily, but it has proved to be just that. According to Hollie, “this was an excellent opportunity to try it out and Lily loves it”.

Because of Lily’s extreme weakness in her right arm and leg and use of a wheelchair resulting from a massive grand mal seizure, her family was unsure of her participation in such a physical activity. The CPABC’s adapted recreation programs support people across the spectrum of abilities to partake in programs they never thought possible. For Lily, the outcomes of this program proved more positive than anyone imagined.

Hollie credits the classes with helping Lily walk short distances without her wheelchair, and even using the stairs with a little bit of assistance. Hollie says Lily prefers the martial arts classes over traditional physiotherapy. Her instructor explains that martial arts can improve coordination, balance, strength and dexterity. Lily exemplifies of all these improvements!

Lily says martial art lessons work so well for her because the lessons push her a little bit but not to the point that she’s in pain. But at the end of the day, it’s not just the physical benefits that result from the self defense program.

Benefits can be on an emotional level, a mental level. As a person evolves they are feeling their self-esteem and are feeling proud of themselves, feeling confident in themselves and [increased] mental clarity, focus and being able to stay on task, so truly the benefits are countless.” – Master Michael Sirota, Lily’s instructor

Hollie says the program “helped Lily regain confidence, strength, perseverance and concentration – a win, win!” Hollie is thankful for the CPABC’s intervention and the positive impact martial arts has made on her daughter’s life. “Without this funding, we would have never done the classes and I’m sure Lily’s recovery would not be where it is today.”

Lily’s advice for anyone unsure about trying the martial arts program? “Give it a try!” Lily’s positive outcomes motivate her to keep coming back and her radiant energy is an inspiration to everyone to live a Life Without Limits.

Learn more about Self Defense Without Limits