Going downhill is a lot of fun, as long as you remember your brake!

These are wise words of advice from CPABC Movement Ambassador Peter Brown. As an active senior living with cerebral palsy, Peter was excited to join the Cerebral Palsy Association of BC’s Movement Without Limits program to incorporate biking into his fitness routine. British Columbians of any age living with cerebral palsy may apply for a free Alinker bike to get outside and get active. The specially-designed bike allows people with disabilities to stay active without sacrificing comfort, style or safety. In return, the Ambassadors let us know how the Alinker has affected their wellbeing through testimonials, photos and videos.

Peter says that he has already experienced an increase in his endurance and is going on 20- to 25-minute rides regularly. He also says that he considers the bike as another mode of transportation to get around his neighbourhood. His reasoning for joining the program is simple: to set an example through lived experience. 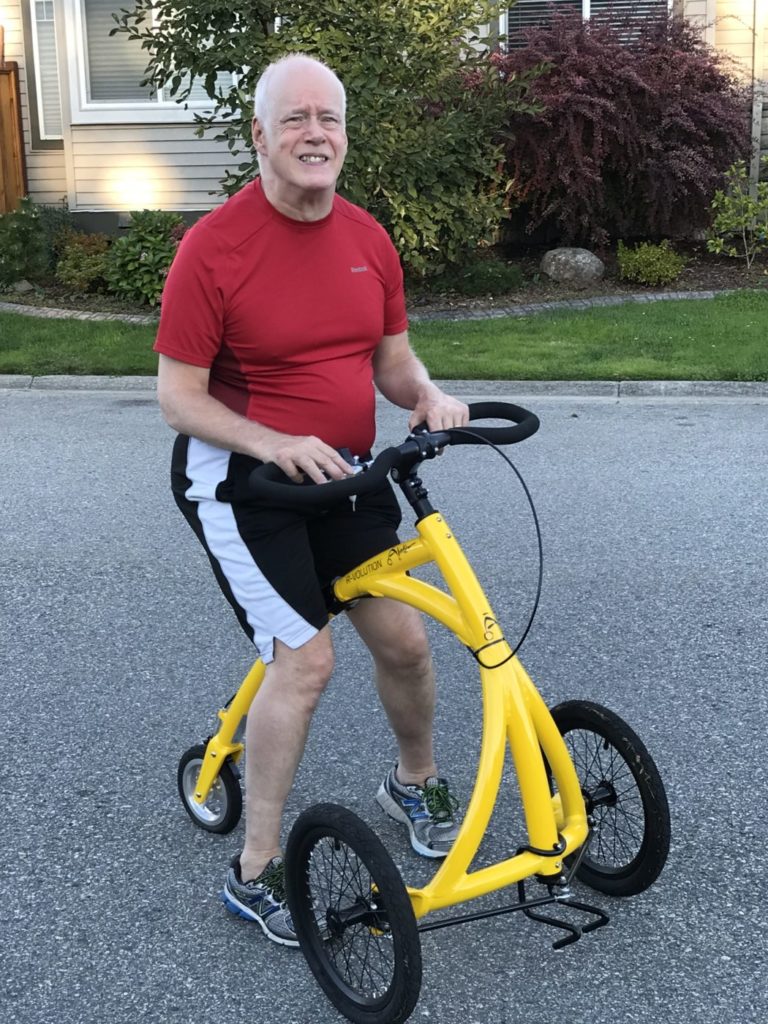 “The thing about people living with CP is that we are disability experts. We live it, we know it, we can tell people about it so who else do you want to do the job? I’m an open guy and I want to get more involved with CPABC as I approach retirement.”

Peter says that at first, he was hesitant to use the bike in public because he didn’t know what others would say. But he was pleasantly surprised by the reactions.

“It’s amazing the comments I get from people when I’m out using my Alinker. People want to stop and talk to you about it. So, it’s definitely a conversation starter.”

For others who might be hesitant to become an ambassador through the Movement Without Limits program, Peter has some advice to share about using the Alinker.

Number one it’s fun, number two it’s easy, number three it’s healthy physically and mentally. It promotes a sense of independence which some may not have. It allows you to get some exercise in a pretty simple way. It gets you outside and gets you moving, and that makes you feel good. You’re adding to the quality of your day and quality of life because it’s something positive all-around.

The more I use it, the more I realize how valuable it is.

We are happy to see how much Peter has enjoyed his Alinker and grateful for his feedback about the Movement Without Limits program. Peter has proved that it is possible for people living with cerebral palsy, at any age, to live a Life Without Limits.

Learn more about Movement Without Limits